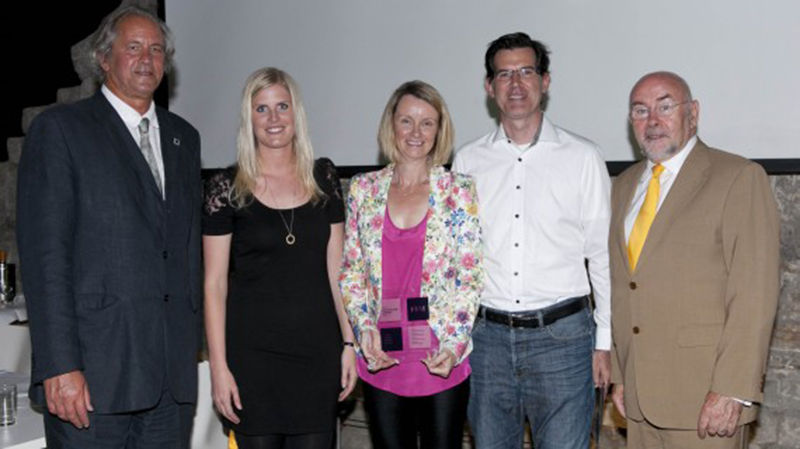 Thank you to everyone who voted for Clerys, 12,700 public votes were cast, and thanks to your vote Clerys Department Store refurbishment won 2nd place in the Public Choice Awards 2014, a fantastic outcome which shows just how much Clerys is loved. In addition, separately, Clerys Department Store refurbishment was judged overall Winner - Commercial/Retail project 2014, we are doubly delighted and extremely proud of this outstanding achievement in the most prestigious Irish Architectural Awards. (From left to right; Robin Mandal —President of the Royal Institute of the Architects of Ireland along with our own Katrine Westum, Brian Jennings, Susan McBride with Ruairi Quinn —Minister for Education.)